IR35 reform implemented into the private sector in April of 2021, saw medium and large-sized businesses become responsible for determining the IR35 status of their contractors. These changes brought the private sector in line with the public sector, and we continue to see its impact on the flexible economy. 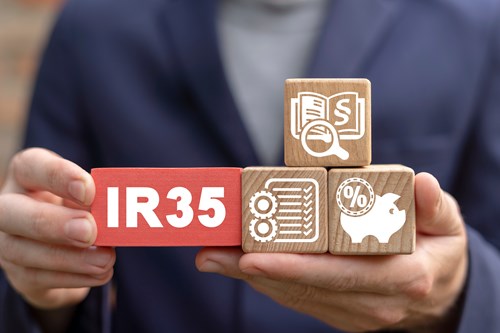 In what many will see as contradicting their published ‘soft landing’, HMRC has started off-payroll compliance activity across two sectors so far primarily in the Oil and Gas and Financial Services sectors prior to the ‘soft Landing’ 12-month period ending.

HMRC are writing to businesses that they believe engage contractors requesting the business to contact HMRC by a certain date to arrange an initial phone call.  This is the start of a compliance check, and the letter is the formal opening of the process so must not be ignored.  A follow-up meeting is then arranged at which HMRC will seek assurances that the off-payroll legislation is being implemented properly and with reasonable care.

Many businesses have been relying on HMRC’s publicised ‘soft landing’, wrongly concluding that no penalties mean no need to comply.  HMRC have explained that they will not apply penalties in the first 12 months unless there is evidence of deliberate non-compliance.  Ignoring the legislation will inevitably be seen as deliberate non-compliance! As such, it is important that end clients have the necessary protections in place and ensure up-to-date knowledge of relevant legislation and case law where possible. Contractors should also remain wary of any subsequent IR35 enquiries into previous tax years that could follow. So, companies should be aware they could fall foul if they have not adopted this correctly.

So, what are the three prime areas being investigated generally by HMRC?