Over the course of the pandemic, the majority of us have had to adapt to working in a completely new way, with some of us not being able to work at all. Although working from home has proved more than possible for a massive range of jobs, and many companies across the UK have been planning on implementing this system long term, the negatives are also starting to take their toll across the country. 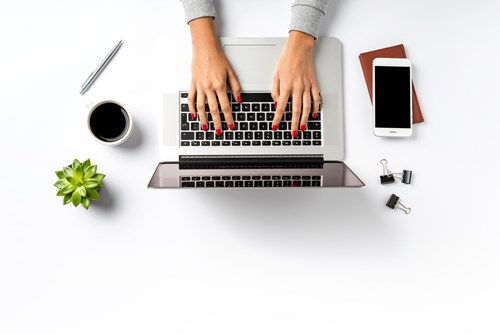 Whilst some have now managed to adjust to this new way of life – with make-shift desks becoming the norm - it has been reported that up to 60% of UK employees would return to the office if given the chance. The benefits of working in the office are starting to outweigh the benefits of working from home, and although WFH served its purpose, to move on from the pandemic we should start to see a large increase in returning to normality and with that comes a return to the office.

Throughout the pandemic, millions of people have noticed a decline in their mental health, with The Royal Society for Public Health reporting that 67% of the public feel less connected to their colleagues and 56% saying they found it harder to switch off.

In a time when we have been separated from our nearest and dearest, conversations that we may have previously taken for granted are now more important than ever. Although zoom meetings allow you to see the person you are speaking to, we miss out on body language cues, and the tone of the conversation is often harder to gauge without being near to that person. Getting back into the office will reintroduce us to being sociable once again, re-establishing relationships in person which are key to the development of stable mental health.

Benefits for the wider economy and transport sector

Declining numbers in workers commuting using public transport could leave the government reconsidering projects such as HS2, as funding could be seen as unnecessary if commuting to work via the train has become a thing of the past. With figures showing less than a third of journeys than the normal levels in the last quarter of 2020, the government are being encouraged to not let this deter them from investing the millions they had planned to on smarter railways that will contribute to carbon-zero plans. Therefore, workers getting back into the office using public transport is vital for the full and swift recovery of the economy.

As well as the UK feeling the effects on the economy from the lack of commutes that have taken place over the last year, PricewaterhouseCoopers estimates that the UK’s GDP could lose out on £15.3 billion per year if office-based workers are advised to work from home rather than return to the office. Buying a quick lunch near your place of work or getting a coffee on the way into the office, as well as business owners paying their office rents, are incredibly important to the maintenance of our economy, and with more people staying at home than ever, these spends have declined.

The return to the office will boost sales in town centres and the surrounding areas. Going out for lunch with workmates will not only contribute to general well-being but will also have an exceptionally positive effect on ultimately helping to prevent the city centres we are used to becoming economically inviable and subsequently being replaced with expensive housing.