For years, women have been under-represented in STEM fields, by occupation as well as in university courses. However, since 2016, the number of women working in STEM fields has increased by 216,552, taking the number over a million for the first time. Although this increase is astounding, the gender imbalance in STEM is still apparent, but there are plenty of things businesses can do to try and reach equality in their field. 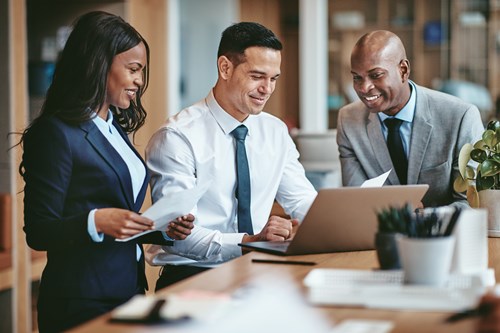 A little bit of background - less than 30% of the world’s researchers are women and this underrepresentation begins in education, with boys being traditionally more likely to opt into STEM subjects in school and university. According to the recent UCAS data provided by HESA, 35% of STEM students in higher education in the UK are women. To address the lack of diversity in STEM, the change will need to start within education, with STEM subjects being offered and showcased to each and every student, without discrimination towards who will be likely to be interested.

What can businesses do to improve diversity within STEM?

There is a range of techniques that businesses and educators have been implementing to try and balance this out. In the UK, there has been a 31% increase in entries from women and girls to STEM A-levels between 2010 and 2019. There has also been an increase in the number of young women taking Mathematics and Further Mathematics, by around 2.8% and 3.9% respectively.

Some businesses have started to run competitions, to encourage young women into scientific fields. For example, the National Cyber Security Centre run a competition called CyberFirst Girls which aims to support girls interested in a career in cyber security. This competition in particular is aimed at school-age girls and is run cross-country which is a great way to reach out to the largest range of future STEM workers. Making STEM appear fun and inclusive is the key to this method, while still keeping it competitive and educational.

Although the focus is often on the lack of women in STEM, there is also a lack of ethnic minorities throughout the sector. One way businesses can encourage more ethnic diversity is through signing up to initiatives that are tackling racism, including the Race at Work Charter who also offer a survey for employees to complete. Handing out surveys throughout businesses is a great way to find out about representation within the business, and how this needs to be addressed if necessary.

Encouraging women into STEM, is often only half the battle though, with a study completed by the Association of Women in Science finding that women in STEM leave the field twice as often as men do. Retention is just as key to creating a more diverse pool in the STEM fields. Creating a culture where women are welcomed and valued is vital for businesses to keep the female talent they hire for as long as possible. A clear and structured path of career development will also help, with women often less likely to apply for a promotion. If women in STEM feel valued and supported by members of the team, we will find much more female leadership follows which is a step in the right direction.

Attracting a more diverse talent pool into STEM roles often starts at the job advert. Companies looking to increase their diversity need to be mindful of how their company is portrayed at the first contact an employee will have with them. The language used in an advert is often the first indicator as to how you treat employees and the values within the company. If language looks to exclude certain members of society, you will find the number of prospective candidates will drop considerably.

To conclude, there are many ways that businesses and educators can contribute to increasing diversity throughout the STEM field, and there is hope that with the numbers increasing, we are on the way to a more even gender split.