2022 pay rises are being wiped out by surging inflation 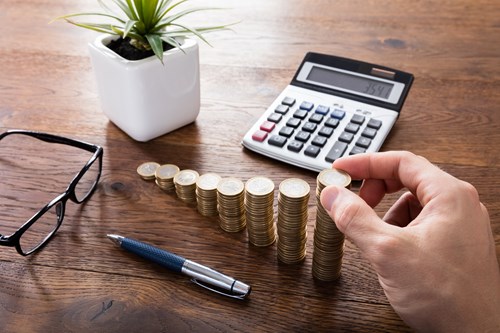 According to figures from the Office for National Statistics weekly earnings rose by 3.8% in the 3 months to November compared to the same period a year earlier. In real terms, because inflation climbed to a 10 year high, this rise is zero.

As we enter 2022 it is likely that pay for people in Britain has fallen in real teams for the first time in a year. However, the employment market is showing steady gains for job creation despite the effects of Omicron. The numbers of employees on UK payrolls increased by 184,000 on the month to £29.5 million an increase of 409,000 on pre-pandemic levels.

Staff shortages are evident and are reflected in the number of job vacancies over the three months to December recording at 1.2million.  Although this growth figure is now slowing, there are still 4.1 openings for every 100 employee jobs – also an all-time high.

Warnings are being issued that it is going to hit the poorest families especially hard with the surge in energy bills that will take effect in April of this year.  Families are facing an average £1200 hit in April when the increase in NI is combined with all of the factors mentioned above.  Price rises are likely to continue to rise further outstripping pay growth and real wages. The Spring it likely to be the most difficult and although it is looking positive with the Covid 19 pandemic finally beginning to subside, 2022 will likely be defined as the 'year of the squeeze'.

The knock-on effect is likely to be continued price rises causing pay packets to stagnate and begin to erode the value of savings and pensions. The uncertainty that the next few months will bring is likely to have an impact on the recruitment market.

Will employers increase salaries further and fuel inflation or will employees feel the pitch and allow the economy to settle down.

The next few months will be precarious.